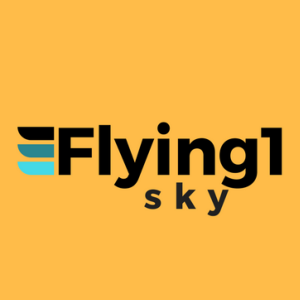 Gear up yourself because you are going on a thrilling and fun-filled ride to Disneyland Paris as you read through. Planning a vacation to France isn’t complete if you don’t add Disneyland to your go-to list. Being one of the most popular destinations in Europe, people come here from across the globe to experience fairy-tale. It does not take a youngster to adore this wonder world but it’s going to be nostalgia altogether.

How to get there?

First things first, to be in Disneyland you have to be in Paris for sure. Flying1sky has got your desires covered by giving the best flight fare and accommodation comparisons so that you can get your tickets reserved effortlessly. To all those arriving at or departing from Charles de Gaulle Airport can plan their Disneyland visit accordingly as it is significantly closer to the airport. Located in the Paris suburbs, it takes 45 minutes to reach the nearest Marne-la-Vallée Chessy train station from the city center.

There’s a lot to do in Disneyland than you can think of. From attending Haloween party to having fun at enormous themed parks and doing all the shopping fun with hoteling you can find a lot. Musement offers the best ticket prices that you can avail of for an enriched experience at Disneyland and extend your trip a little farther to the majestic Eiffel Tower with a tri-lingual tour guide on board.

The best time of the year to visit this adorned piece of land is Halloween and Christmas which starts around end-October and mid-November respectively each year. This year marks the beginning of Christmas at Disneyland from November 9, 2019, to January 6, 2020. These vacations bring several tourists to Paris making it a very electrifying city all of a sudden. Avoid traveling in Summer months owing to the immense tourist crowd and recently developed European heatwaves.

Disneyland is a complete entertainment complex and its massiveness is divided into The castle theme park, Walt Disney Studios Park, shopping and restaurant area regarded as Disney village, and a hotel area of many Disney resort hotels. One can spend as many as 4 days or as little as 1 day at Disneyland Paris, depending upon one’s preferences.

You can beat the language barrier at Disney Paris by getting a tour booked in English and get in-depth knowledge about the place. Tour to the original themed Disneyland Park is the most fulfilling thing to do there. Its opening dates back to 1992, sounds nostalgic, right? In 2002, Walt Disney Studios Park opened its gates to tourists.
Disneyland Park, expanding over an area of 4800 acres and featuring 49 attractions in total, offers the following top five attractions:

The alluring Sleeping Beauty Castle version describes the matchless attention to details given to every aspect inside the Disneyland premises. The Walt Disney Company announced last year the expansion of the park with anticipated completion in 2024.

A little perception of Disney Hollywood Studios can be seen in Walt Disney Studios Park but it is not a popular visitor’s site, calling for the need for some immediate improvements. Let’s hope something adds to its built and beauty in the upcoming years.

The wonderful and serene cabin resort of Disney’s Davy Crockett Ranch, submerged in wooden lodges is 15-minutes away from the theme parks. Cabins are fully equipped with all the entertainment and restful amenities along with private parking zone and barbeque fun. A variety of shopping marts and eateries can be found in Disney Village where one can take a break or get refreshed after a hectic tour of Disneyland Paris. Golf lovers can treat themselves at the Golf Disney with 9 hole and 18-hole courses.

Seven Disneyland Hotels lay inside this wonderland with Disneyland Hotel is the most sought after one. You can find many accommodation options on Disney premises, as well as in the city center. If you are more of a serenity seeker, then Disney’s Davy Crockett Ranch is for you.

The place holds festivals round the year such as Fairy tale weddings, Haloween Festival, New year’s eve party, Christmas celebrations, Le Rendez-vous Gourmand de Disneyland (Food and Wine Festival), and many more to name.
Disneyland never ceases to amaze its visitors with so many astounding sites, fantasy lands, castles, fun rides, festivals, marvelous hotels to reside in, seasonal entertainments and of course those charming and delightful Disney characters, not-to-be-missed out.

Do let us know in the comments if our Disneyland Paris guide craved you to experience the fun! © All Rights Reserved To flying1sky.com